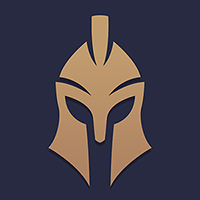 Here is how I began last month’s newsletter article: “As I reflect on my life having recently reached the age of 68, and within those 68 years having reached the 40th anniversary of my ordination as a missionary, mission executive, pastor, and currently as a Bible Teacher to Israel, it amazes me at how much of that time I have spent battling Satan and the spiritual warfare he has attempted to inflict on my life and career.”

Now, as promised, I would like to share with you a couple of recent examples but first let’s get some definition to what spiritual warfare is. Sadly, the whole question of spiritual warfare has, for many years now, been complicated by its takeover at the hands of fringe Christian movements that blow up the idea into garish, sensational distortion. The story that has always stuck in my mind is of one Christian group that attempted to climb Mount Everest to battle and banish a spirit known as “the Queen of Heaven,” (look it up!) who was allegedly suppressing gospel work in Turkey. One trusts the reader to recognize that this is far-fetched.

This is too bad because spiritual warfare is not a thing. Scripture tells us that there are real, actual spiritual forces arrayed against the triune God and His every goal, among which are your continued faithfulness and allegiance to Jesus.

Knowing that spiritual warfare is not the insanity that it is so often impersonated as is useful, of course. It helps us say, “No, nice try,” to foolishness that otherwise survives exclusively on our gullibility and innocence.

As to what it is, let me try with this as a short definition: Spiritual warfare is the leveraging of everything that God promises against everything that opposes God’s purposes.

Satan and his spiritual forces oppose all of that. They oppose all of God’s purposes for salvation and redemption, as well as his every promise for accomplishing it. In non-Christians the enemy and his forces will attempt to thwart salvation (Luke 8:11-12) and encourage sin (Ephesians 2:1-3).

In Christians they will attempt to sever our connection with God, prey on our natural inclination to sin, and deceive us into believing untruths that might hinder our discipleship or cause us to lose our effectiveness for God’s kingdom.

So, what does this look like in our world today? Here are two examples I have experienced:

Example #1 comes from the early part of my ministry mission career and happened while serving as a missionary/church planter for LCMS World Mission in Liberia. Over the decade of the 1980’s, the Liberian mission field saw a lot of success with many churches planted, many leaders trained, and many new believers baptized. Yet in 1989/90, a devasting civil war gripped the country of Liberia and the missionaries were evacuated back to the USA. For the next 10+ years, those churches suffered, the trained leaders were scattered, and many of the baptized members were killed by rebels or left the country fearful for their lives. However, those who remained were vigilant in their faith, they continued sharing the Good News of Jesus to many others, and today, 20+ years later, the Evangelical Lutheran Church of Liberia Synod is alive and well and is doing amazing church ministry around the country. Spiritual warfare is REAL . . . but . . . God is a God of purposes and promises even when Satan and his spiritual forces oppose all of that!

Example #2 comes from the most recent part of my ministry mission career as I continue to serve as a Bible Teacher in Israel for the Apple of His Eye Mission Society. Plans for this mission outreach in Israel, to boldly share Jesus as Messiah and urgently equip other believers in Jesus to the same began in 2015. There have been so many roadblocks along the way, including the challenge of raising enough support to make getting to Israel and living in the ninth most expensive city (Tel Aviv) in the world a possibility; jumping through multiple hoops to obtain a valid clergy visa allowing me to stay in Israel for a year at a time; and of course, it goes without saying, the whole COVID-19 pandemic which has wreaked havoc on everything from conducting worship, the ability to meet people to share Jesus as Messiah, to a downturn in financial support. This list could go on and on! However, today in Israel, six seekers are being discipled and one has been baptized! Jesus says in Luke 15:7, Just so, I tell you, there will be more joy in heaven over one sinner who repents than over ninety-nine righteous persons who need no repentance. Spiritual warfare is REAL . . . but . . . God is a God of purposes and promises even when Satan and his spiritual forces oppose all of that!