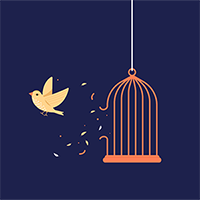 Rosh Hashanah had special significance this year, for it was the beginning of “shmita” - a sabbatical year. Traditionally, shmita is a time to rest, reflect, and recharge. Shmita literally means “release”, and Jews release the right to work the land every seven years.

The number seven has always had significance in Judaism. To understand the care needed to exercise the shmita properly, we can reflect on its more familiar counterpart – the seventh day, Shabbat. Just as Jews prepare on Friday the food needed for Shabbat the next day, they prepare in the sixth year to have enough for the seventh year. However, regardless of whether they have planned well or poorly, once the shmita year arrives, they essentially must stop, for it is a national, communal, collective “Shabbat” for an entire year. The understanding is that just as people need rest every seventh day, God’s creation needs rest every seven years.

A Jewish adult observes the mitzvah (commandment) of shmita by owning land in Israel and refraining from working it during the sabbatical year, for it is a time of recovery for the land. During shmita, farming activities such as plowing, planting, pruning, and harvesting are forbidden, although trimming, watering, fertilizing, weeding, spraying, and mowing may be performed only as a preventive measure. Any produce that grows of its own accord on the land during shmita is considered “ownerless” and is free for the picking. Another aspect of the shmita “release” can be found in Deuteronomy, where we are told,

At the end of every seven years you must cancel debts. This is how it is to be done: Every creditor shall cancel any loan they have made to a fellow Israelite. They shall not require payment from anyone among their own people, because the Lord’s time for canceling debts has been proclaimed. (Deut. 15:1-2)

The idea behind this is the connection between peace/shalom and the belief that a person cannot be whole or complete if one is in debt. The law of debt cancellation was intended for the character refinement of the lender more than to alleviate financial hardship for the borrower, for a person is expected to pay back the money that he or she borrowed if possible.

Thus, the new year begun earlier this month, is the final, sabbatical year of the seven-year cycle – when land is left fallow, debts are forgiven, and other agricultural and economic adjustments are made within Jewish society.

We are reminded during shmita to place our trust in Jehovah Jireh, our Provider, as we rest, reflect, and recharge, for He provides for our needs every day of every year of our lives! Praise God for His generous provision!