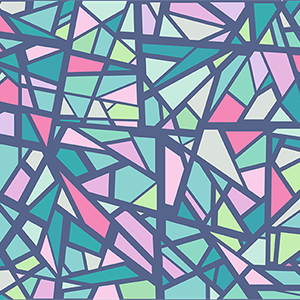 Everyone who has seen the movie Schindler's List remembers the Germans lining the streets during Kristallnacht1 screaming “Christ Killer! Christ Killer!” at the Jews who were being paraded to the ghettos for confinement. This was not something a screenwriter dreamed up; it was reality. So-called Christians have given this label and other atrocious monikers to Jews since shortly after the death of Jesus.

I find it hard to believe that Christians would do this (I would rather call them church attendees). Christians read their Bibles (don’t they?) and the Bible clearly quotes Yeshua (Jesus) referring to his body and death in John 10:

This means that no one killed Jesus. Rather, he laid down his life of his own accord. Where does this idea come from? Let’s look at Matthew 27:

Now it was the governor’s custom at the feast to release to the crowd a prisoner of their choosing. At that time they were holding a notorious prisoner named Barabbas. So, when the crowd had assembled, Pilate asked them, “Which one do you want me to release to you: Barabbas, or Jesus who is called Christ?” For he knew it was out of envy that they had handed Jesus over to him. While Pilate was sitting on the judgment seat, his wife sent him this message: “Have nothing to do with that innocent man, for I have suffered terribly in a dream today because of Him.”

But the chief priests and elders persuaded the crowds to ask for Barabbas and to have Jesus put to death. “Which of the two do you want me to release to you?” asked the governor. “Barabbas,” they replied. “What then should I do with Jesus who is called Christ?” Pilate asked. They all answered, “Crucify Him!” “Why?” asked Pilate. “What evil has He done?”

It sure looks like the crowd, led by the religious leaders, wanted to murder Jesus. But who was in control: man, or God Almighty? Consider Matthew 26:

And behold, one of those who were with Jesus reached and drew out his sword, and struck the slave of the high priest and cut off his ear. Then Jesus said to him, “Put your sword back into its place; for all those who take up the sword shall perish by the sword. Or do you think that I cannot appeal to My Father, and He will at once put at My disposal more than twelve legions of angels? How then will the Scriptures be fulfilled, which say that it must happen this way?” (Matt. 26:51-54, New King James Version)

We see that it was all part of God’s wonderful plan of redemption! But then the Jewish leaders who had asked for Yeshua’s crucifixion say in Matthew 27:25 (English Standard Version), “And all the people said, ‘His blood shall be on us and on our children!’” Oy! That verse gives more fodder to those who want to persecute the Jews for the death of the Messiah…or does it? Remember, he laid down his life; no one took it.

Sadly, the Jewish leaders of that day (like some of today’s Christians), either forgot or missed the passage from the prophet Ezekiel:

So, they could not put a curse on their offspring. Little did they realize when they said his blood will be on us and our children, how right they were in a completely different way. As he went to the cross Yeshua asked his Abba, Adonai (God Almighty) “…forgive them, for they know not what they do” (Lk. 23:34, NIV). The blood Jesus shed would cover their sins, and he forgave those sins.

Did they know what they were doing? Or were they tools in God’s divine plan for our redemption? This plan had been in process since God cursed Adam and Eve.

Some might ask why God holds people responsible for events he plans, like the death of Yeshua? Is this a paradox? I think not.

Proverbs 6 shows us this:

There are six things which the Lord hates, Yes, seven which are an abomination to Him: Haughty eyes, a lying tongue, and hands that shed innocent blood, a heart that devises wicked plans, feet that run rapidly to evil, a false witness who utters lies, and one who spreads strife among brothers. (Prov. 6:16-18, NKJV)

Each of these issues that God hates applies to the leaders, elders, etc. who called for Yeshua’s death. Every single point. Haughty eyes, a lying tongue, hands that shed innocent blood, devising wicked plans, feet running rapidly to evil, a false witness who mutters lies, and one who spreads strife among brothers!

Did God make these men puppets and plan all the evil against Yeshua, culminating in his death? Not at all. As we read in Proverbs, which the people in the days of Yeshua also had access to and read: God hates the sins perpetuated on His only son. The community knew God’s stand on the evil they were planning, and they had a choice. It was within their power to choose evil or good, just as it is within us to make that same choice. It was as if Satan, who really thought he would have a win in all this, laid out the ideas and sat back to watch who would take it up and follow through. Silly Satan, all of this was prophesized. Of course, we know what this was all about and the triumph for us that it produced.

God, even though He knew this would happen, must have been hurt, besides angry, at the men who brought such disregard and malice against his son. We give our earthly children boundaries and are often disappointed to see the child disobey or be deceived into sin. We know that our sowing will reap more than we expected.

I can only imagine the horror and fear people must have experienced when, at Yeshua’s death, the ground shook, the dead arose from their graves, the earth became dark, and the temple curtain was torn in two exposing the holy of holies. I often wonder if God tore the sacred curtain in two as a representation of His grief. It is a sign of grief to tear your garment in two for the Jewish people even to this day. God was angry and grieving for Yeshua. It was a horrendous sight for Him to behold, even though he knew it was necessary and had commanded Yeshua to pay the cost for our sins.

While 516 people are recorded as having seen the resurrected Messiah, there could have been many more not recorded. Were some of the elders and priests in that count of witnesses? That would have been interesting.

While the recollection of the trial and suffering and crucifixion of Yeshua was beyond horrible, we do not camp there. He gave us the victory over sin through His love for all mankind. My Yeshua no longer hangs on a cross! I remember asking my grandmother, who wore a small gold cross necklace, why we don’t wear rocks as a necklace to honor the resurrection? I was seven or eight, so I didn’t realize how absurd that remark was, however it made a point. My grandmother took me to a Bible bookstore and she bought a new necklace for herself. It was a grain of mustard seed. She then explained to me that faith was all we need to follow the Savior -- faith as small as a grain of mustard seed (see Matt. 17:20).

So, what do we learn from all of this?

He is alive! Hallelujah!

As we face increased anti-Semitism in our nation and around the world, please take time to pray for our Jewish friends and neighbors. Please pray for the salvation of God’s chosen and for the peace of Jerusalem. Please read the Bible and pray for discernment.

On a personal note, we had a glorious Passover with our family and friends and then celebrated a joyful Resurrection Sunday with many at Zion Lutheran hearing an incredible message by Kevin Hintze. There is nothing finer than worshipping with my children and watching them live godly lives. 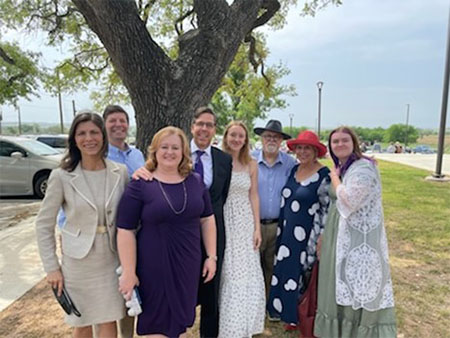 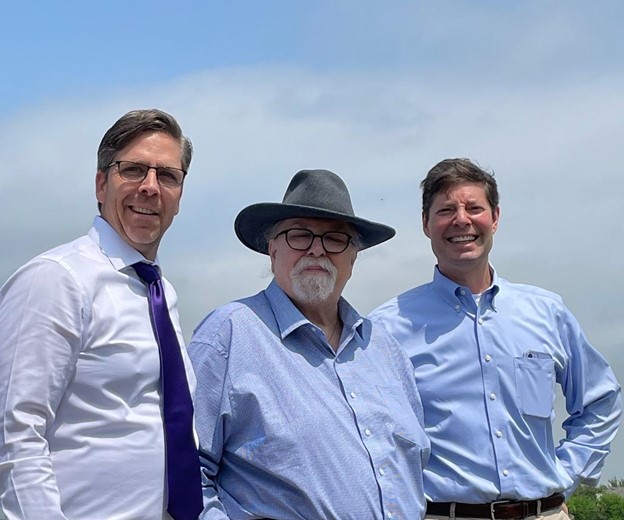 Love from my heart,

P.S. Do you have a prayer request? Please share it with me. I would love to hear from you.

This email address is being protected from spambots. You need JavaScript enabled to view it.
Subscribe to Our Newsletter
Download the Print Version