Built on a Solid Foundation? 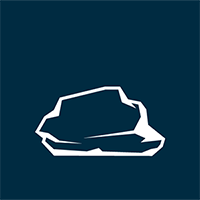 Nancy and I moved to Georgetown, Texas in 2015 to take our ministry to the next level. Toi, Nancy’s daughter, did the leg work in locating the house. After a period of looking at different properties, she landed on our current house. Due diligence was done in having the house inspected to make sure there were no hidden issues. The inspection report gave us the green light to move ahead, and we closed in March of 2015.

As we settled in, we became aware of the nature of the ground under the house. The soil is soft and clayish, making it susceptible to shifting through the rainy and dry seasons. This shifting showed up indoors being askew and minor cracks in the drywall, but after a change of season, the house returns to level, more or less. Our next-door neighbor has had foundation contractors come to his home and shore up the foundation because of major cracking in the interior walls. Our house has remained steady and firm… so far.

This made me think of the spiritual lessons drawn from the foundation to the house built. Y’shua’s parable in Matthew 7 comes to mind:

At this season of life, I am giving more time to reflection on the foundation of my faith. How firm is it? How stable in a time of adversity? What would a major calamity do? Am I ready for the disappointments and losses that ultimately come into our fallen lives?

I recently attended the funeral of Lori Voges in Red Bud, Illinois. She battled cancer for nine years and her steadfast husband, Kevin, was at her side every step of the way. During the sermon, the pastor told of the huge challenges she endured in chemotherapy, surgeries, doctor’s visits, tests, and waiting for the results of tests. It was an all-consuming endeavor, but their faith was on solid ground. Kevin rejoiced at the funeral that Lori had finished her battle and received full healing as she entered the presence of the Lord. What a testimony of solid faith living!

These days of shaking and quaking from Covid, the economy, wars and rumors of wars, political mudslinging, and now supply chain shortages can cause great uncertainty in our lives. But we who know Jesus have a solid hope so that no matter what happens, what illnesses occur, what collapses in the economy or joblessness take place… Jesus is still on the throne, and He loves us so very much. "Therefore, my beloved brothers, be steadfast, immovable, always abounding in the work of the Lord, knowing that in the Lord your labor is not in vain (1 Cor. 15:58)."

Steve Cohen is the founder of Apple of His Eye